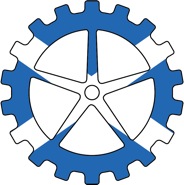 A day of detours and wind today.  According to the infallible Wikipedia, Düsseldorf is the seventh largest city in Germany and Duisburg the fifteenth – Duisburg with a population approaching half a million and Düsseldorf well over 600,000. There is only a very limited belt of farmland between the northern suburbs of Düsseldorf and the southern suburbs of Duisburg, so the morning ride was slow and complicated as Bruce navigated us through urban streets.  It’s much more tiring doing the endless starting and stopping at junctions, and quite wearing keeping the concentration up to figure out the route cyclists are supposed to take.

After lunch in Duisburg and a rather lengthy detour round some roadworks (my fault for misreading the ambiguous diversion signs), we crossed through Duisburg harbour. This is impressively large. The Rhine has been swallowing up every other river small or large for the last 1000km or so, and at Duisburg it meets the Ruhr, so this is a major industrial and shipping centre. I would have stayed longer on the bridge admiring the view but it was vibrating alarmingly as all the lorries tumbled over it and the wind was uncomfortably strong so we took some quick photos and pressed on.

We were then all set to cross the Rhine and have a more rural route up the western side. No problem other than crosswinds on the bridge over the Rhine, but then a little route confusion. Once we finally got back onto the EV15 Rhine path, we found it blocked because a cycle and pedestrian only bridge over a side waterway was closed for safety reasons (I think this was more to do with its age and physical repair than the wind). The only option to continue on the west side would have involved a long detour so back we went across the Rhine and set off up the eastern side, having lost lots of time.

The weather forecast the morning suggested that the strong winds would swing round to the south west in the afternoon, but they stayed northerly or north-westerly all afternoon as far as I could tell. We were pushing straight into the wind up the eastern bank of the river when we suddenly ran into yet more building works blocking the river path. We were forced up onto a gravel path on top of the flood dyke where there was no shelter of any kind. We stuck that out till we could take no more and then slipped off onto tarmac roads nearby later – still into the wind, of course, but at least a bit easier.

We were still cycling through an industrial area going over and under rail lines and major roads, and passing large plants (Thyssen Krupp took a while to pass and was producing impressive amounts of steam). We did eventually get to a more rural section and through a couple of small towns towards the end of the afternoon, but you can picture our delight when we were on a good, direct route (into the wind, naturally) with about 8km to go when we ran into some major roadworks that forced us to double back and find an alternative way yet again. Colourful language was used, I’m afraid.

Two tired and hungry cyclists bowled up at the hotel this evening rather later than planned, but we made it. The hotel is lovely and we have been well fed. Time to sleep now and tomorrow we press on to Arnhem in the Netherlands.